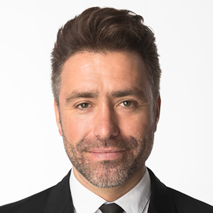 ASHEVILLE, N.C. —“I am thrilled to bring an eclectic program of my favorite genre-bending composers and works to Asheville,” says conductor Jacomo Bairos of his upcoming May 12 concert with the Asheville Symphony. Of the works on the evening’s program Sam Hyken’s 2017 work Four–The Vivaldi Project perhaps best epitomizes the evening’s theme as it reinterprets Vivaldi’s masterpiece The Four Seasons complete with a drum set, Moog synthesizer, and symphony.

The other two works on Bairos’ program include Leonard Berstein’s Overture to Candide, and Johannes Brahms’ beloved Symphony No. 2. The concert takes place at 8 p.m. in downtown Asheville’s Thomas Wolfe Auditorium.

Bairos is the sixth and last of the finalists for the Asheville Symphony’s music director position to conduct an audition concert. He is the artistic director of the Amarillo Symphony and is also the co-founder and co-artistic director of the Miami-based Nu Deco Ensemble; a virtuosic and eclectic chamber orchestra. The audience will be asked to give feedback via a survey after the concert.

The concert opens with Leonard Bernstein’s Overture to Candide. Bairos notes, “As we celebrate Bernstein’s centennial year, we honor the ultimate genre-bending composer who fused jazz, Broadway and classical traditions into a truly authentic American voice.” The piece was originally written for a theatrical adaptation of Voltaire’s satirical novel Candide, which was a collaboration between Bernstein and playwright Lillian Hellman in reaction to Senator Joseph McCarthy’s campaign against alleged communists in the 1950s. Though the original play was unsuccessful, the Overture lived on and has become a staple of orchestral repertoire. Its pace and tone reference the quick pacing of Voltaire’s satire, ranging from utterly ridiculous to mockingly tender. 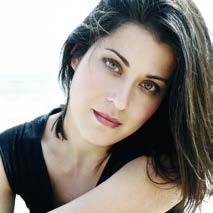 Next is contemporary composer Sam Hyken’s 2017 work Four–The Vivaldi Project, a reimagining of Vivaldi’s endlessly popular The Four Seasons. The piece was originally commissioned by the Adrienne Arsht Center for the Performing Arts in Miami as a work for solo violin, hip-hop dance, and chamber orchestra. Like Vivaldi’s original, each season is presented in three movements. Some movements are pure re-orchestrations of the original material, with the composer adding new elements like percussion, brass, and Moog synthesizer. Others are complete re-imaginations that contain elements of hip-hop, jazz, and ‘70s film noir.

Guest soloist Jennifer Frautschi joins the ASO as the solo violin in the Hyken piece. Frautschi is acclaimed as an adventurous musician with a wide-ranging repertoire. Her discography includes GRAMMY-nominated recordings of works by Schoenberg. She has also received an Avery Fisher Career Grant.

To round out the evening is Brahms’ delightful Symphony No. 2. Composed while Brahms was on summer holiday in a lakeside town in Austria, its final two movements exude a particularly sunny spirit and the symphony concludes with great fanfare and optimism. Its premiere in Vienna in 1877 was met with astounding success, with the audience insisting that the cheerful third movement be repeated. 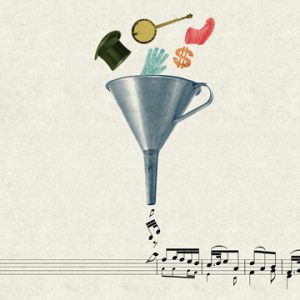