The Asheville Symphony’s 2018-2019 season finale on Saturday, May 11 ends with a fittingly powerful work: Stravinsky’s The Rite of Spring, which brings nearly 100 musicians to the stage for an electrifying musical journey. Beginning at 8 p.m. under the baton of Asheville Symphony Music Director Darko Butorac in downtown Asheville’s Thomas Wolfe Auditorium, the concert also features Márquez’s Danzón No. 2 and Saint-Saëns’ Violin Concerto No. 3 with guest violinist Simone Porter.

The program opens with the sultry rhythms of Mexico’s Gulf Coast in Arturo Márquez’s Danzón No. 2. This 1994 work gained worldwide popularity when the Simón Bolívar Youth Orchestra of Venezuela under conductor Gustavo Dudamel included it on the program of their 2007 European and American tour. The piece is inspired by a Cuban dance style known as danzón, which made its way up the coast to the Mexican state of Veracruz, where it has become an important part of folklore. 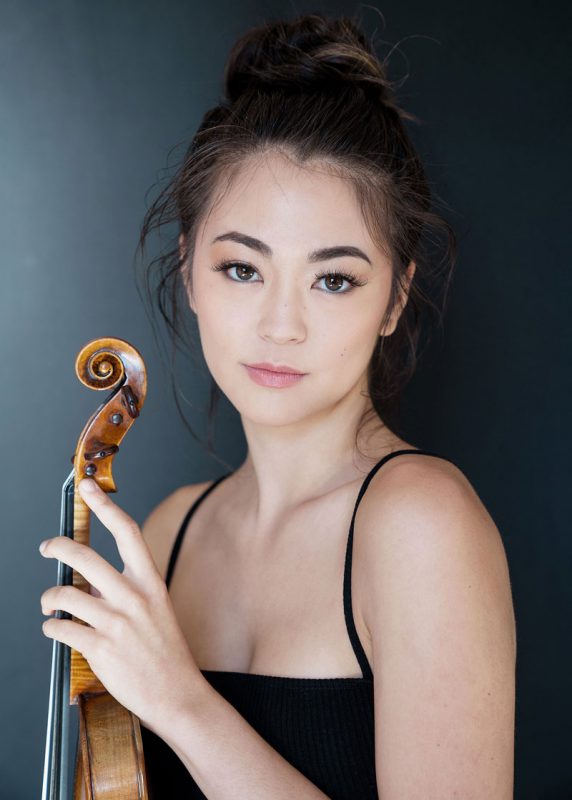 Next, violinist Simone Porter joins the orchestra for Saint-Saëns’ virtuosic Violin Concerto No. 3. Porter has been recognized as an emerging artist of impassioned energy, interpretive integrity, and vibrant communication. In the past few years she has debuted with the New York Philharmonic, the Philadelphia Orchestra, and the Los Angeles Philharmonic. She made her professional solo debut at age 10 with the Seattle Symphony and her international debut with the Royal Philharmonic Orchestra in London at age 13. In March 2015, Porter was named a recipient of an Avery Fisher Career Grant and, in June 2016, her featured performance of music from Schindler’s List with Maestro Gustavo Dudamel and members of the American Youth Symphony was broadcast nationally on the TNT Network as part of the American Film Institute’s Lifetime Achievement Award: A Tribute to John Williams.

The evening reaches its pinnacle with a rare performance of one of the most powerful pieces of orchestral music ever written: Stravinsky’s The Rite of Spring. Though it caused a riotous reaction upon its 1913 premiere in Paris, this piece is now regarded as one of the most important works of the modernist style and has left a mark on many other musical styles. Due to its sheer enormity — nearly 100 musicians — The Rite of Spring is a work that truly must be experienced live.

Single tickets for Masterworks concerts are $24–69, depending on seating section (reduced youth pricing is available). Tickets can be purchased online at ashevillesymphony.org, by phone at 828-254-7046, in person at the Asheville Symphony office at 27 College Pl., Suite 100, or at the U.S. Cellular Center Box Office.

Program:
Márquez | Danzón No. 2
Saint-Saëns | Violin Concerto No. 3
Stravinsky | The Rite of Spring