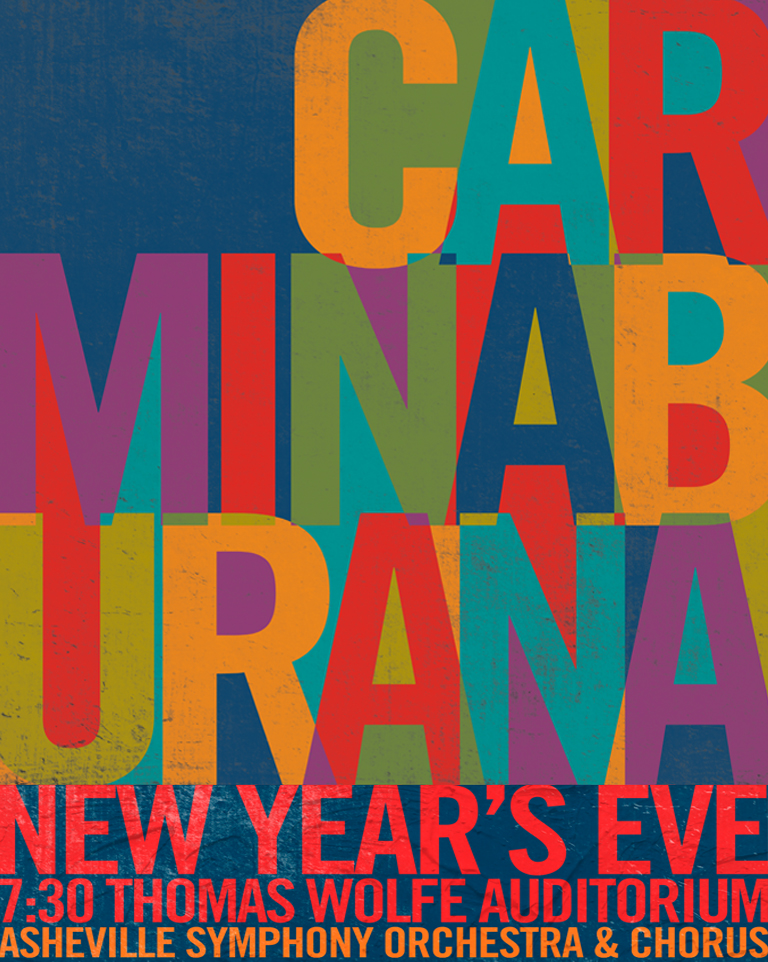 New Year’s Eve is perfectly suited to grand traditions, and the Asheville Symphony invites audiences to join the party as it continues its tradition of featuring a full program of great music and a festive after-party on New Year’s Eve. This year’s concert features Orff’s Carmina Burana, and celebrates the tenure of Music Director Daniel Meyer as he conducts his final concert as artistic leader of the symphony.

The concert begins at 7:30 p.m. under Meyer’s baton at Thomas Wolfe Auditorium in downtown Asheville.

An after-party to ring in the New Year will be held in the U.S. Cellular Center banquet hall following the concert. Daniel Meyer and members of the orchestra will join partygoers for dancing, a 1940s jazz band, heavy hors d’oeuvres, beverages, and a midnight toast. Tickets for the after-party are $125 per person and are available by calling 828-254-7046 (reserve by December 21).

The evening opens with the magnificent “Bacchanale” from Saint-Saëns’ opera Samson et Dalila. This is the only one of Saint-Saëns’ many operas, ballets, and stage works to remain in the classical repertory. It is filled with drama and musical virtuosity. The “Bacchanale” is the dance within the opera, which teems with seduction and joyful celebration.

Next, the ASO continues its tradition of featuring up-and-coming soloists from the Cleveland Institute of Music with violinist Isabelle Durrenberger as she performs Wieniawski’s rhapsodic and romantic Violin Concerto No. 2. 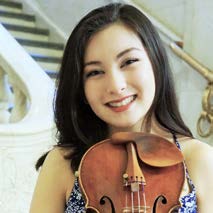 Durrenberger’s exquisite performance of Shostakovich’s First Violin Concerto in the Cleveland Institute of Music’s (CIM) Fall Concerto Competition earned her the prestigious 2017 Payne Fund Prize, which provides a CIM student the opportunity to perform with the Asheville Symphony Orchestra. As a member of the Verita Quartet she won the silver medal in the 2015 Saint Paul String Quartet competition. In 2014, she was featured as a soloist and chamber musician on NPR’s From the Top.

Capping off the evening is Carl Orff’s instantly recognizable Carmina Burana. This massive work includes three guest vocal soloists—soprano Elizabeth Caballero, tenor Daniel Curran, and baritone Corey McKern, as well as the full Asheville Symphony Chorus, and the Asheville Symphony Orchestra. Orff’s masterpiece cantata is filled with joy, love and lust in a rich, colorful score. Excerpts of it have been featured in dozens of films, television series, commercial advertisements, and sporting events.

Single tickets for the concert are $24-74, depending on seating section (reduced youth pricing is available). Single tickets and ticket packages can be purchased online at ashevillesymphony.org, by phone at 828-254-7046, or in person at the U.S. Cellular Center box office at 87 Haywood Street. Tickets for the New Year’s Eve after-party are $125 per person and are available until December 21 by calling 828-254-7046.