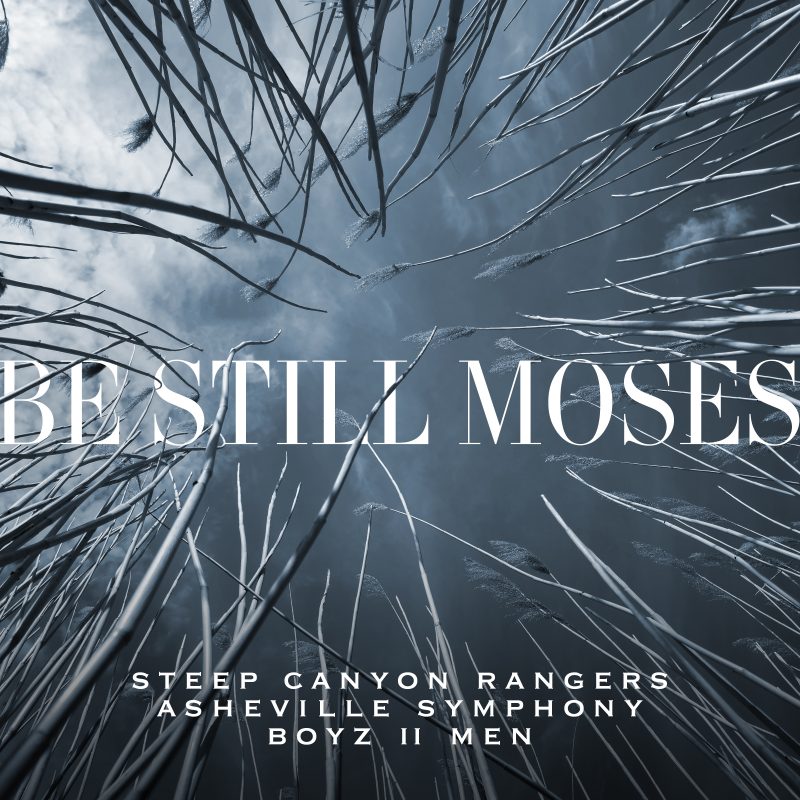 Be Still Moses is the title track from a collaborative album between Steep Canyon Rangers and the Asheville Symphony, featuring the iconic vocals of American R&B group, Boyz II Men. In the original recording, Boyz II Men laid down sixteen vocal tracks which were then mixed with the baritone vocals of SCR and the Asheville Symphony orchestral arrangement.

The entire Be Still Moses album is a retrospective of SCR’s body of work and will be released in March 2020. Click here to listen to the first single from the album!

PRAISE FOR BE STILL MOSES
"...an unlikely, but welcome, group of collaborators...bring their sublime harmonies and soulful ad-libs to the proceedings."
John Freeman, Rolling Stone Magazine
"Steep Canyon Rangers and Boyz II Men might seem like strange musical bedfellows on paper, but they work well together in the remake of Be Still Moses."
Gary Graff, Billboard Magazine

In 2019, members of the Asheville Symphony Orchestra headed to Nashville, Tennessee to play “Be Still Moses” with Steep Canyon Rangers and Boyz II Men. This is the first time that all three groups have played the track together after it had been recorded in separate studios across the country.  After receiving a standing ovation, the audience called for an encore of the track and the cameras kept on rolling! Enjoy this music video taken live from the Schermerhorn Symphony Center in front of a sold-out house. 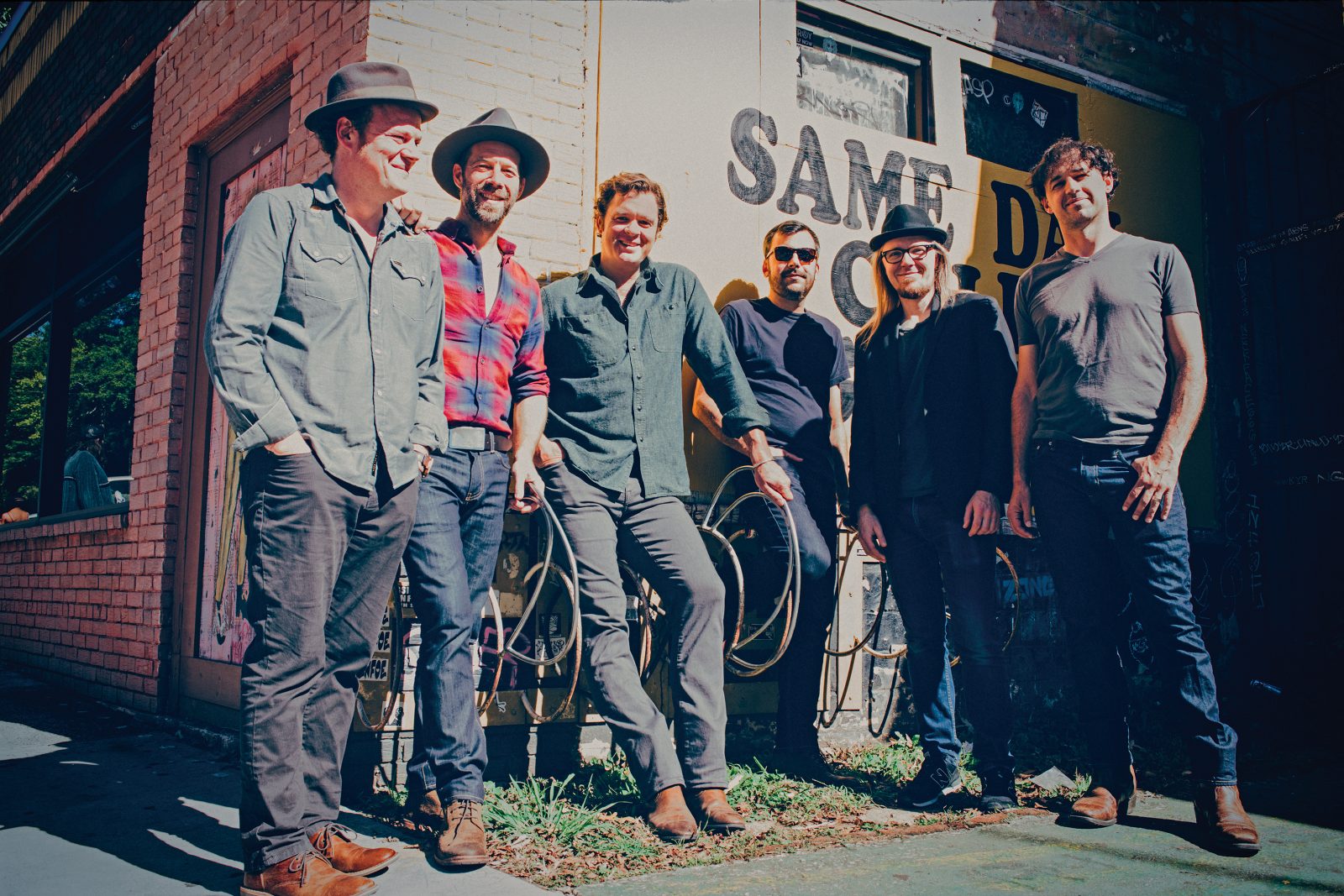 Steep Canyon Rangers are Asheville, North Carolina’s GRAMMY winners, perennial Billboard chart-toppers, and frequent collaborators of the renowned banjoist (and occasional comedian) Steve Martin. Today, the band has shared the results of what is perhaps their most singular musical partnership to date – teaming with Philadelphia soul legends Boyz II Men and their hometown Asheville Symphony to completely overhaul the Rangers’ original “Be Still Moses,” which was first recorded on their 2007 breakout album Lovin’ Pretty Women.

The premiere coincides with the announcement that Steep Canyon Rangers have re-signed with Yep Roc Records. “It feels like coming home,” says Sharp of the partnership. “The Yep Roc family was among the first to welcome Steep Canyon Rangers when we were just pups. As we’ve grown, so have they. We’re incredibly excited for the future and all the music it holds.” 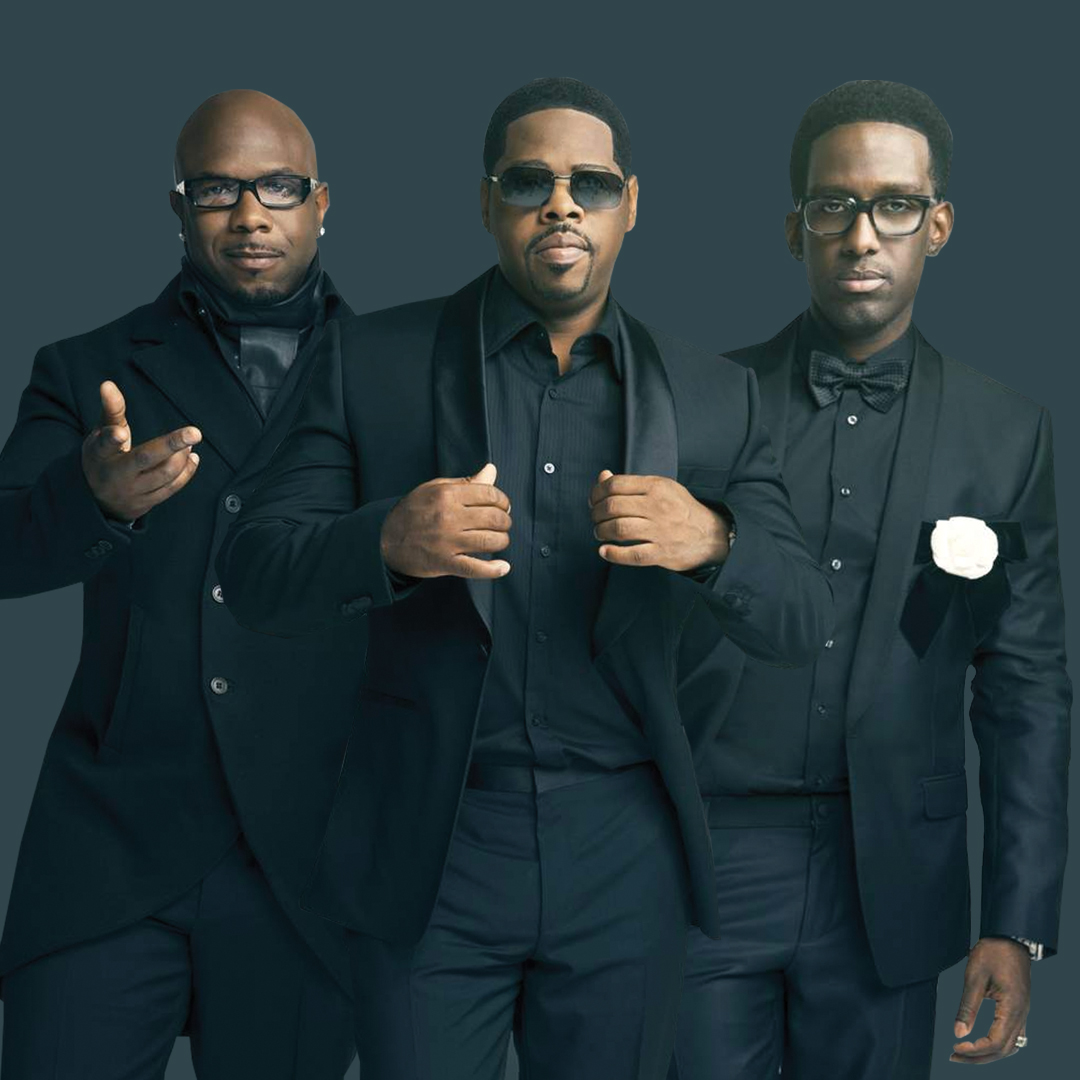 Boyz II Men remains one of the most truly iconic R&B groups in music history. The group redefined popular R&B and continues to create timeless hits that appeal to fans across all generations. The band has penned and performed some of the most celebrated classics of the past two decades. The group’s 4 Grammy Awards are just the tip of the iceberg: throughout their 25-year career, Boyz II Men have also won a whopping 9 American Music Awards, 9 Soul Train Awards, 3 Billboard Awards, and a 2011 MOBO Award for Outstanding Contribution to Music, a star on the Hollywood Walk of Fame, as well and a Casino Entertainment Award for their acclaimed residency at the Mirage Resort and Casino in Las Vegas, which has been ongoing since 2013.

The trio holds the distinction of being the best-selling R&B group of all time, with an astounding 64 million albums sold. And the reason is abundantly clear: for the past two decades Boyz II Men have given fans a rich catalogue of hits filled with smooth harmonies and enduring themes. And for Boyz II Men the hits just keep on coming—the group continues to craft new albums and bring their legendary act to stages across the world.

MADE POSSIBLE WITH SUPPORT FROM

The Asheville Symphony would like to thank honorary executive producers:

The Chaddick Foundation, The Community Foundation of Western North Carolina, Drs. Tom and Joanne Parker, The Residents of Reynolds Mountain, Walnut Cove Members Association for their generous patronage of this recording.