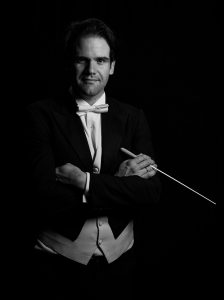 After a season devoted to auditioning six finalists, the Asheville Symphony Orchestra has tapped Darko Butorac as its next music director. Butorac succeeds Daniel Meyer, who departed the orchestra after the end of the most recent season, his 12th in Asheville.

Butorac, 40, began his life in classical music as a cellist, but had his first chance to conduct an orchestra when he was 17. From then on, he knew he wanted a life on the podium.