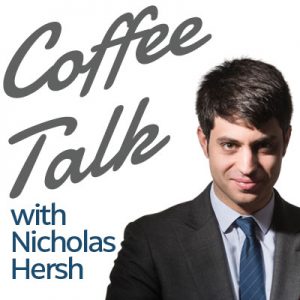 On Saturday night, the fourth candidate vying to be the Asheville Symphony Orchestra’s next music director will take the stage. Nicholas Hersh is the associate conductor of the Baltimore Symphony Orchestra and the artistic director of the Baltimore Symphony Youth Orchestras, where he works alongside legendary conductor and Baltimore Symphony Music Director Marin Alsop. His ASO program is a tribute to Romanticism, and come Saturday concertgoers will be treated to his interpretation of Queen’s “Bohemian Rhapsody”—one of the most beloved (and rhapsodic) rock hits of all time—alongside works from Beethoven, Leshnoff, and Rachmaninoff.

As part of the ASO’s ongoing Coffee Talk interview series, I caught up with Hersh at Asheville’s Trade and Lore Coffee on Wednesday, March 14.

In the following interview, which has been edited for clarity and length, Hersh opines on going viral on the Internet, how to keep young people interested in the symphony, and what inspired the infamous Maestro character on “Seinfeld.”

AR: In your opinion, what makes a good conductor?
NH: A conductor is a musician first and foremost, not a dictator. There was a great article in The New York Times just this week about the concept of the modern conductor not being a sort of paternal figure for an orchestra, especially because there has been such a patriarchy in the field of conducting. The idea that the conductor is the patriarch (or in some cases, the matriarch) is, I think, an old one and a dated one. Now the conductor is a collaborator. The conductor inspires the best out of each and every musician in the orchestra and inspires them to come together in a singular interpretation for a piece.

AR: What do you think of the depiction of the Maestro in Seinfeld?
NH: That comes out of what they call “the maestro myth”—this idea that the conductor is a sort of God-like figure. It’s an untouchable figure, at least in the sort of dated, early-twentieth-century version of the maestro. That kind of depiction [in Seinfeld] pokes fun at that.

AR: According to your bio, you frequently perform songs from a wide variety of music genres, including “opera, Broadway, pops, choral, Viennese dance, ballet, and film music.” What’s the appeal of performing nontraditional pieces?
NH: Because nontraditional pieces appeal to a wider audience, I think. At a time when symphonies are having trouble reaching certain demographics like my own generation, Millennials—and even ones surrounding it, too—I think it’s important for symphonies and conductors to be at least open to, if not actively engaged in, trying out different genres and seeing what can work in a symphonic setting and what the symphony can offer for people who have a variety of tastes in music.

AR: You’re a pretty young guy, so you probably have a unique perspective on this: What do you think symphonies can do to attract young people?
NH: A symphony can end up being a sort of artistic hub. It can curate lots of different kinds of programs—programs that appeal to everyone. Continuing with the great Masterworks program, continuing with your overture-concerto-symphony programs, because those programs work. But you can also bring in local artists to perform both by themselves and with the symphony. And you can try different types of programs and reach different audiences through different kinds of music that people enjoy. You don’t necessarily have to try to shoehorn people who don’t want to see Stravinsky into seeing Stravinsky. So I think a symphony can cultivate lots of different music, and lots of different art forms as well, such that a symphony becomes a community center that people rally around, that people know of and speak of with love almost like they would the Orioles in Baltimore.

AR: The YouTube video of you conducting “Bohemian Rhapsody” has almost three million views. What does it feel like to have gone viral, as they say?
NH: Surprising, actually. There are actually two videos. The original video was just sort of a long-distance shot of the original performance, which I wrote as an encore to a classical concert. I didn’t expect anything to come of it; I just thought it was a fun thing to do, a one-off encore to this concert. That video got posted to YouTube, and it started getting a couple hundred thousand views within the first few days of being on there. That was an initial shock. But my graduate alma mater, Indiana University, asked me to then do it again in an “enhanced arrangement” with a studio recording setting, and now that’s the more popular video. I was really thrilled that a video like this was getting so much traction, because it really showed the variegated colors that an orchestra can lend to a great piece of art—like Queen’s original song.

AR: You’ve called “Bohemian Rhapsody” “not only a rock classic but a postmodern Romantic masterpiece.” What are some other pop songs that could be given this label?
NH: Some Grateful Dead songs are like that too because they’re not so traditionally structured. They’re not verse–chorus; they’re more broad-structured. “Baba O’Riley” by The Who is a good one too. But when I describe “Bohemian Rhapsody” as a postmodern Romantic masterpiece, I think that may be the only one I really know of that can truly hold that title. The lyrics are morbid yet funny, they’re ironic, and you get the whole “Galileo,” ”Bismillah!” and that stuff. You would almost describe it as Dalí-esque—like it’s absurdism or surrealism. You get this sense that there’s a narrative, but there’s also not a narrative. And narrative is a very Romantic kind of style.

AR: What’s the most important thing you’ve learned from [BSO Music Director] Marin Alsop?
NH: There are many, so I need to make sure I come up with the right one. I would say it’s the value of seeing something through to completion.

AR: Very important question: Do you watch Mozart in the Jungle? Does everybody ask you that question?
NH: You’re one of the first people to ask. I imagine it’s like a doctor might watch Grey’s Anatomy: It’s great because it’s ridiculous, until they get something right. And then you’re like, “My God—that’s accurate.” And that’s what keeps you invested.

AR: Can you personally relate in any way to [lead character] Hailey’s tribulations as she tries to make it as a conductor?
NH: I’m not caught up on the newest season past the first episode. But so far there are parts that ring true, like when she has the sort of ad-hoc ensemble that she throws together in a bar. That looks very familiar. That’s how I got my first experiences conducting in college, just by getting a group of friends together in unusual places. 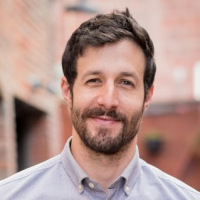