ASHEVILLE, N.C. —Conductor Garry Walker wears his Scottish nationality with pride. “As a Scot, I am naturally aware and proud of the impact of the Scottish diaspora in America. Even Uncle Sam’s parents were Scottish, and Mickey Mouse was voiced for 40 years by a man from Dundee!” 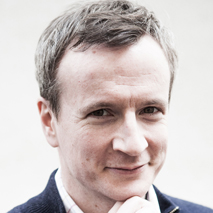 To celebrate his homeland and its historical connections to the North Carolina mountains, Walker presents a program of Scotland-themed classical works on Saturday, February 10 as he conducts his audition concert for the Asheville Symphony’s music director position. (Learn more.)

Walker is the third of six finalists for the Asheville Symphony’s music director position to conduct an audition concert. The audience will be asked to give feedback via a survey after the concert. The three remaining finalists will conduct concerts in March, April and May.

Malcolm Arnold’s 1957 composition Four Scottish Dances opens the evening’s program. Originally composed for the BBC Light Music Festival, the music strongly suggests Scottish folk song origins. However, three of the dances are Arnold’s own original tunes, and the fourth is based on a melody composed by Scottish poet Robert Burns.

Following Arnold is Debussy’s Marche écossaise or Scottish March, which was commissioned by a Scottish officer. Though markedly Scottish in sound, the work also includes some of Debussy’s own French musical style. His Scottish theme uses an oboe and muted trumpet to imitate the sound of bagpipes. 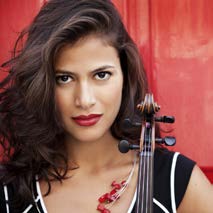 Next guest soloist Elena Urioste joins the symphony for Bruch’s rich and seductive Violin Concerto No. 1. While Bruch was not Scottish, his interest in Scotland ran deep—one of the works for which he is best known is the Scottish Fantasy for violin and orchestra. Urioste, hailed by The Washington Post as “a drop-dead beauty who plays with equal parts passion, sensuality, brains and humor,” was a BBC New Generation Artist from 2012 to 2014 and a first-place laureate in both the Junior and Senior divisions of the Sphinx Competition. She has given acclaimed performances with major orchestras throughout the United States and abroad. Urioste made her debut at Carnegie Hall’s Isaac Stern Auditorium in 2004 and has returned frequently as soloist. She is also the co-founder and artistic director of Intermission Sessions & Retreat, a new program that combines music and yoga.

The final work of the evening is Mendelssohn’s Symphony No. 3, known as the Scottish Symphony. Mendelssohn came from a wealthy family and as a young man was able to tour Western Europe, including a visit to Scotland in 1829. It was during this visit that he was inspired to write both his popular Hebrides Overture and the Scottish Symphony. The symphony evokes the wild landscapes of the Scottish Highlands, pulls in the jaunty sounds of Scottish folk music, and ultimately concludes with powerful optimism.