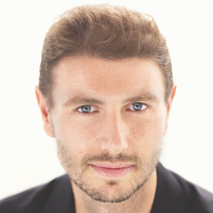 “The three vibrant and dramatic pieces on this program are tremendously contrasting on the surface,” says conductor Jayce Ogren of the program he will perform with the Asheville Symphony on April 14. “The sound worlds of John Adams, Manuel de Falla, and Jean Sibelius are rooted in different countries, time periods, and artistic influences, yet they share a great deal of DNA. All three of these works deal with nationalism, and each composer used relentless rhythmic drive and vigor to communicate that theme.”

Ogren is the fifth of six finalists for the Asheville Symphony’s music director position to conduct an audition concert. He is the artistic director of Philadelphia’s Orchestra 2001 and has been invited to conduct orchestras and operas around the U.S. and abroad. The audience will be asked to give feedback via a survey after the concert. The remaining finalist will conduct a concert in May.

The concert opens with John Adams’ 1985 work The Chairman Dances “Foxtrot for Orchestra.” This piece is an outtake from the Grammy-winning opera Nixon in China for which Adams collaborated with stage director Peter Sellars. According to Adams, it began as a began as a “foxtrot” for Chairman Mao and his bride, Chiang Ch’ing, who was a firebrand, revolutionary, architect of China’s calamitous Cultural Revolution, and a former Shanghai movie actress. In the surreal final scene of the opera, she interrupts the tired formalities of a state banquet, disrupts the slow-moving protocol and invites the Chairman, who is present only as a gigantic forty-foot portrait on the wall, to “come down, old man, and dance.” 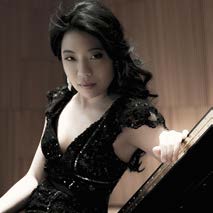 Rounding out the program is Jean Sibelius’ bold Symphony No. 2. Composed in 1902, the second symphony’s inherent optimism reflects the nationalistic spirit of the time, and this feeling was compounded by the fact that it came quickly on the heels of the composers patriotic Finlandia. The opening movement hints at Finland’s stark landscape and is followed by a second movement that conveys desolation and foreboding. All is resolved in the triumphant and grand final movement, which to its earliest audiences symbolized nationalistic triumph.